Grace Abounding to the Chief Sinners by John Bunyan 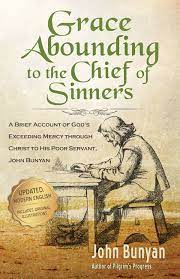 The ‘Grace Abounding to the Chief of Sinners’ is doubly interesting, as it unfolds to us not only the return of a notorious prodigal, but a wondrous system of education, by which a chosen man was fitted for a wondrous work; heavenly and spiritual learning, which could not have been obtained in all the schools and universities in the world. Even beyond all this, his spiritual acquirement’s fitted him, without scholastic learning, to become the most popular, the most attractive, the most useful of English authors. His works increase remarkably in popularity. As time rolls on, they are still read with deeper and deeper interest, while his bodily presence and labours mingle in the records of the events of bygone ages.

DOWNLOAD MP3: THE NECESSITY OF FERVENCY IN SPIRIT By Pastor Paul Jere ( sermon)