The Pilgrim’s Progress by John Bunyan 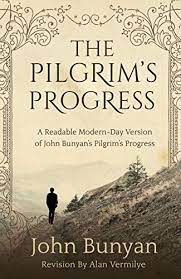 The Pilgrim’s Progress, religious allegory by the English writer John Bunyan, published in two parts in 1678 and 1684. The work is a symbolic vision of the good man’s pilgrimage through life. At one time second only to the Bible in popularity, The Pilgrim’s Progress is the most famous Christian allegory still in print. It was first published in the reign of Charles II and was largely written while its Puritan author was imprisoned for offenses against the Conventicle Act of 1593 which prohibited the conducting of religious services outside the bailiwick of the Church of England. The entire book is presented as a dream sequence narrated by an omniscient narrator. The allegory’s protagonist, Christian, is an everyman character. Christian is weighed down by a great burden the knowledge of his sin which he believed came from his reading the book in his hand (the Bible).

DOWNLOAD MP3: HOW TO KNOW THE MIND AND WILL OF GOD DAILY By Pastor Benny Hinn (sermon)