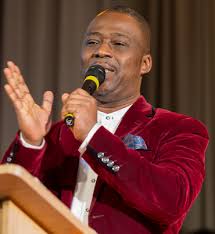 Promotion is elevation, advancement, boom, betterment, exaltation, lifting or preference. God is a God of promotion. God promoted Abraham from his father’s house and he became the father of any nations, Joseph was promoted by God from the prison to become a prime minister, David was promoted from being a little shepherd boy to becoming a king. All these mentioned people and many more were brought out from the dungeon. Any step that brings you closer to your divine position is called promotion. Promotion is a divine favour to take a step ahead of your adversaries.
Strange promotion is a promotion that deviates from the usual. It is a promotion that astonishes the recipients. Dr. DK Olukoya highlights different secrets of strange promotion in this sermon. Download now.

QUOTE OF THE DAY BY MINISTER GUC