AVOIDING THE CRASH OF DESTINY by Dr Paul Enenche 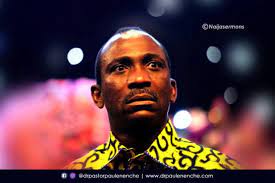 In this sermon, Dr Paul Enenche said that not fulfilling your destiny is one of the worst things that can ever happen to a man, The crave to be independent of God is like a pilot flying an aircraft independent of the control tower: a crash is inevitable, Adam and Eve, in a way, manifested the craving to be independent of God. The devil suggested to them: why don’t you want to be like God? And Eve fell for that temptation. Adam and Eve also came to the point where they were not together in the Garden. For one reason or the other, Adam was in one part of the Garden, and Eve was in another probably, then Satan engaged Eve. Isolation is the foundation for temptation. The strategy of Satan has not changed. When he wanted to destroy the destiny of Lot, he separated and disconnected him from his godly uncle, Abraham. This is the failure to do what is expected, or playing a role that is not yours to play. It leads to a crash of destiny. Therefore take responsibility and allow the Holyspirit lead you.

DOWNLOAD MP3: THE MYSTERY OF THE PRAYER WATCHES by Rev Tolu Agboola (Sermon)

DOWNLOAD MP3: Praying the Burden of the Lord by Apostle Michael OROKPO (Sermon)