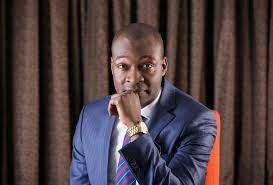 Kingdom as a word means an organized community or major territorial unit having a form of government headed by some one. For an earthly kingdom to expand, many of them wage war against the other and when the strongest kingdom wins, the weaker territory form part of its kingdom. The kingdom of God is not not the same with that of the world. There are no need for shooting nor fighting to advance the kingdom of God. The will of God which is the perfect definition of the kingdom of God is not expanded by forcing others or threating them to believe it. It is not written anywhere in the scriptures where there is a need to point weapon at people to make them do the will of God. Neither are their instances where believers were told to deceive folks with money, miracles, healings or sugar-coated words just to lure them into doing the will of God. The kingdom of God in every given society is advanced by scriptural evangelism and bible based ideology which is capable to influence man and  give glory to God. Kingdom advancement is not an assignment that is reserved mainly for those standing behind the pulpit or just for those holding microphone always, it is rather the responsibility of all the children of God who are motivated by genuine love for Christ. Here is a powerful teaching on the concept of kingdom advancement and how to carefully apply the strategies for kingdom advancement. It is a message you must listening to. God bless you as you listen.

DOWNLOAD MP3: MISCONCEPTIONS ABOUT THE GIFTS OF THE SPIRIT By Pastor Sam Salau (Audio)

QUOTE OF THE DAY BY PASTOR GODMAN AKINLABI