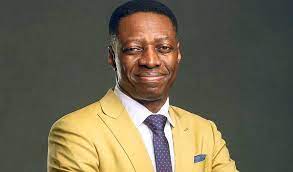 Success often becomes skewed by what others think it might be. Certain ideals are put up on a pedestal, and we think there is only one true definition of success. The sooner you can lose this idea, the better. Everyone’s definition of success is different. If someone is a billionaire and considers themselves successful because of their money, it doesn’t mean that you have to be a billionaire to be considered successful.  Pastor Sam revealed some nuggets on how the pursuit of success can come to reality in a man’s life, which is very expedient for everyone who wants to be successful should listen to. He said the path to success begins by asking yourself, What makes me happy? This is what determines your success.

DOWNLOAD MP3: The Way of A Spiritual Man by Apostle Michael OROKPO (Sermon)

Quote of the day by Elton Trueblood