DOWNLOAD MP3: THE DANGERS OF OFFENCE By Mike Mamvong (sermon)

THE DANGERS OF OFFENCE By Mike Mamvong 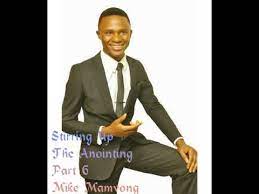 In the previous series, man of God has been comprehensively providing helpful teachings on various dangers that have negative impact on the destiny of a man. In this series, He expatiated the danger of Offence. Jesus during his ministry on earth told his disciples at a point “Offences cannot but come, but woe unto the man from whom the offences come”. This statement from Jesus is an eye opener to the fact that there is something that can be called an offence and that it is inevitable. Offences in this context as opined by the man is not really the disagreement between parties or among factions on ideas or issues. It is not really a physical confrontation either. Offence being spoken of here means an actions performed by someone (Leader) whose intention is unknown to the onlookers (followers) that causes them (followers) to act with wrong intention. In other words, the wrong action carried out by the followers as a result of perceiving what a leader is doing either good or bad is called an offence. Download this message below to know how offences affect one’s destiny and how you can prevent yourself from being a source of offence to others.

DOWNLOAD MP3: He is Now by MIN. Theophilus Sunday (Chant)

DOWNLOAD PDF: The 4 Seasons of Marriage by Gary Chapman