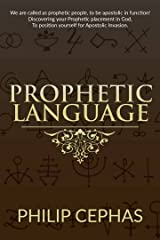 The first time there was a speaking in the book of truth was the speaking of God in Genesis chapter 1 which led to the creation of the Earth. The language used was the language of God and we have little understanding of it, but it has to be supernatural. there are many languages ranging from that of men and humans to angels and spirits to the celestial beings and bodies and that of other creations. It is written that even creation groans and sings praises to God. When Jesus Christ walked the earth, he spoke to creation ranging from the element of nature to the plants and weather patterns. We also saw through scriptures how many prophetic people spoke to celestial bodies and elements of nature to work on their behalf, these creations adhered to them and obeyed.

DOWNLOAD MP3: THE SECTRET OF ESTABLISHING A CHURCH By Pastor David Ogbueli (sermon)