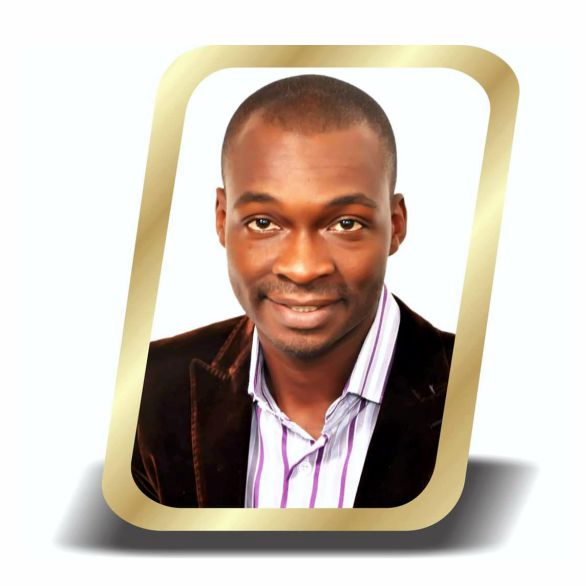 Apostle Joshua Selman Nimmack always knew there was something unusual about him. Right from a tender age he knew God’s hand was upon him.

In this interview session, the man of God shared his childhood experience, personal encounters, salvation experience, ministerial pursuits, and many other important things.

Your spiritual life can never remain the same after reading this.

There is this knowing you can not explain but then every time I watch the television and I saw anything that had to do with ministry, the grace of God, there was this witness that I had within me that someday, I will be the one doing this.

While most other children in the neighborhood are concerned with playing, I almost always in the room studying the word of God.

One day, I raised my little hand in surrender to Jesus Christ during a Sunday School session. But while in secondary school, I began to experience the extraordinary in my life.

It started when a mentor began to teach me how to know God even better.

He taught us things like spiritual growth, quiet time, and he also formulated a quiet time booklet for us that we had to follow through.

He taught us the ethics of good christian character. He helped me because I had some challenges growing up in terms of complex and trying to reconcile my dreams and the things that I see around me.

It opened me up to every motivation that I needed and I really loved God and I began to pursue Him,seek Him truly and sincerely from my heart.

How did you begin to begin to witness the supernatural?

We had a program where a man of God was invited and then he prayed for those who wanted to receive the baptism of the Holy Spirit and that would be an experience of a lifetime. I got filled with the Holy Ghost.

We did extra ordinary things in the school. I mean there were five of us. We started walking in miracles; I mean real miracles.

I was so super intelligent;it was amazing. I started seeing things in the spirit, didn’t know that they were angelic manifestations.

I would receive words about things and they would happen. You know I would pray for students.

I remember praying for one of our student who was a stammerer and he got healed! It wasn’t a big deal because we were just acting by faith.

Sadly, we had a time when they preached against all of these things that we walked in and we really backslided, were not prayerful again, were not open to the things of the spirit; we literary shut the door of the Holy spirit.

How were you able to reconnect with God after the brief Downtime?

On the 2nd of December 2002, I will never forget. Someone walked up to me in the night and tapped me; I was sleeping.

That would be my first dramatic encounter with Him. I knew it was Jesus, I began to cry, I began to sob

I got down on my knees, I began to pray and I said “Lord, I rededicate myself for Your use, for Your service. 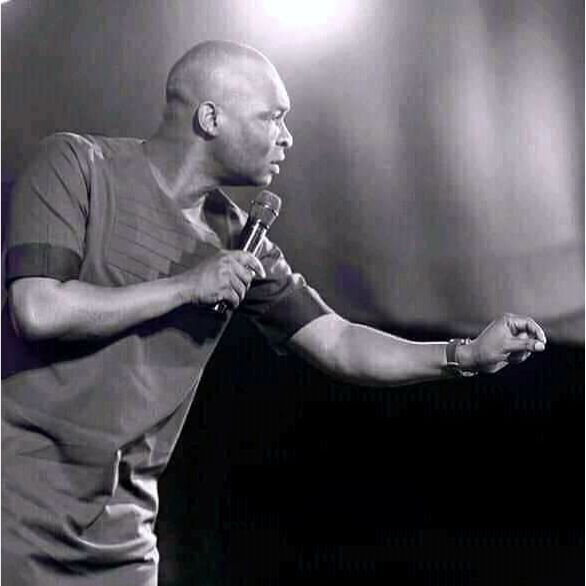 Can you share some of your experiences at the University with us?

By the time I got into the university [ABU Zaria], my hunger for God became unquenchable.

I used to spend time praying and just seeking God and sometimes I would go to the dam and just pray and tell God “Lord I know that my life is suppose to bring You glory but I’m tired of living a purposeless life”.

You know, I remember praying and crying and I would stay sometimes from morning till night telling the Lord “You must use me, tell me let me know why I am here on earth”.

One night, I had a dramatic vision, I was standing in front of a tower; really one of the hostels in our university campus and suddenly I saw a crowd of people.

I couldn’t see the end of them, it was a sea of people and the people were crying, they were sobbing and in that vision they were saying there was no food and no water.

I said really? I mean I was, I had compassion upon the people.

Suddenly in the vision it became like I had the key to the store house of that entire generation and I asked the people I said “is it my fault?

They said yes it’s your fault we are dying of thirst you know talking about the bread of life and then the water of life and all of that and I told them I would be coming down right now to rescue you”.

I got up from that vision, I cried and it put a fire in my spirit. I knew that God had called me to be a preacher, a minister.

The most dramatic of all experiences was when I met Jesus Himself and there He was standing before me, the King of Kings Himself. I have seen Him, I know He’s alive.

I can not tell you what He looks like; the beauty and the brilliance on His face, the love, the power, the light.

I was flat on the floor like a dead man. I understand what Isaiah said, you know he said the Lord high and lifted up and the train of His robe. I saw Him in His glory Jesus.

I knew instantly that this was Jesus Christ. He didn’t tell me anything, all He did was stretch His hands towards me and a beam of light.

I mean it would disintegrate me in seconds but that beam of light and remember the Bible says the entrance of thy word giveth light and understanding.

That encounter brought a level of anointing into my life. I had unusual insight into the word of God.

I suddenly was opened fully into the realm of angels, miracles, visions, insight, face of the Son of God came upon me.

I mean I knew all things were possible, all things. The whole world needs to know Jesus Christ. Believe me, He’s not one leader of a religion, He’s Lord.

When you see Him you will know the earth belongs to Him,you will know He’s not contending for a position. He’s not scratching His head wondering what to do,He’s in control.

That said, I remember then when I would go to a place of solitude and just sit alone for hours and hours digging on the scripture, fishing out things, writing all the visions.

Many times the glory of God would literally come and mantle me, I mean sometimes I would see a mist, sometimes the angels of God would come to me, visiting me, bringing me words.

As I sought to know God better, I began to see the ripple effect of the same hunger I had for God in the lives of others. People began to come around. The presence of God is very attractive.

I would share some of the experience with them and sometimes the presence of God would come upon us; we would cry, we would weep, pray, study, every evening was a time we looked forward to because after class.

After all of these I mean we didn’t have time for any other thing; no time for, it was a sacrifice, everything.

The making of a champion at any level requires sacrifice, you must forego something.

Many times the presence of God would be so strong, we would have to take some people, I mean literally carry people back to their hostels. It was a dramatic experience.

At a point, people began to come for me to just talk with them, counsel them, the sick started coming.

I started praying for them, you know when one person got healed he would go back and tell more people hey! come and see this and all of that.

Most of the meetings then were often unorganized; no ushers, no nothing. People would just come, we would sit down, share the word, I couldn’t explain it.

I wasn’t bringing the people, they couldn’t stop coming, they were coming every night, they would cry in the presence of God.

I would teach for hours from about 10pm till about three something, sometimes 2, 4 o’clock the following morning, and these were students you know and all of that.

I was also a student then so it was a challenging experience.

Read Now: Everything You Need to Know about KOINONIA SCHOOL OF MINISTRY>>> 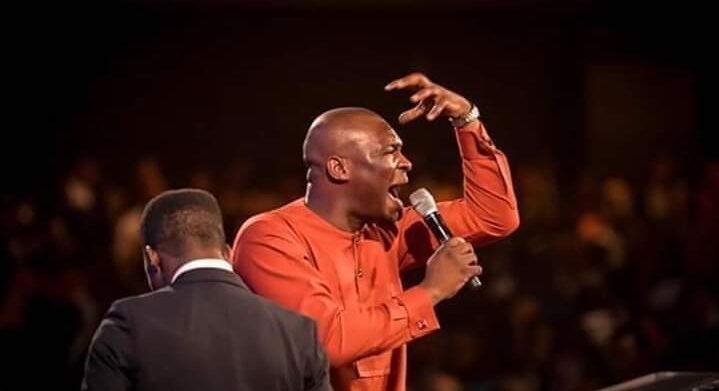 Why are you so passionate about mentoring young people?

God is raising people, these are ordinary people, we must quit the ministry mindset and begin to think kingdom because a revival is coming upon the earth greater than the Phoenix revival.

They left a prophesy with our generation that the revival would come greater than the Asuza Street revival and we are preparing.

Can I tell you something: this country and the world is separated into two: mission fields and training grounds. just like they hold terrorists camp.

God is training His people, we do not see them yet; ordinary people in the market places, housewives, students, our universities are also schools of the spirit.

There is a revival that the world is not ready for and it’s not going to be the way the revivals in the 60’s and the 70’s took place because we are invading the mountains.

This is why we must be on course to get the patterns, it is coming, it draws closer everyday, I sense it every time, this is why I have a sense of urgency to prepare God’s army.

What is your highest pursuit in Ministry?

I measure success according to how much of the plan and the prophecy of God on the earth is being achieved.

That’s what we call success so I want to see that the whole earth is filled with the knowledge of the glory of the Lord.

As much as it would be wonderful to be remembered for pioneering different revivals, being a general of faith and all of these things.

I think the greatest testimony, I covet is the testimony of Enoch. The Bible says “and Enoch walked with God“.

It’s a different thing to work for God. I want to walk with God so closely that this earth will not be worthy of holding me again and it would be a glorious exit.

If it means me being called a failure from the earth’s perspective to walk with Him, this is all I want.

I love Him with all of my heart and my greatest testimony and what I want to be remembered for is that and I, Joshua Selman Nimmack walked with God.

What did you learn from the interactive session? Drop now in the comment box…

BTW, which minister of God would you like us to bring next? 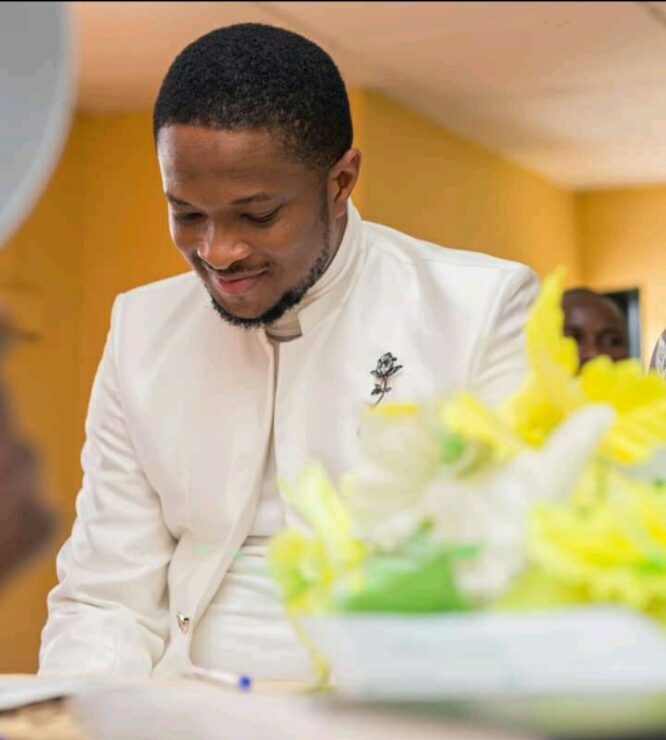 Download Sermon: Dealing with the Enemy Within By Bro Gbile Akanni