THE PURPOSE OF ENCOUNTERS PART 1, 2 & 3 By Apostle Michael Orokpo 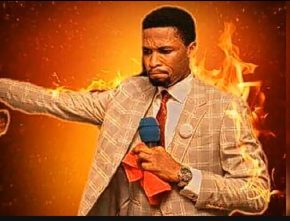 When it comes to the issues of the relationship between man and God, it is always important to know and understand the begining and existence of the two parties. God as one of the parties before creation had been God and He has been God from time no one can tell because no one knew His begining. If He had not created man, He would have been God and Nothing would have changed Him. That He has made man, He does not cease to be God still. Either man exist of does not exist God remains God. He does not need man to be God, man rather need Him not to be called thing. The purpose for the creation of man can be related to the purpose of man’s encounters with God. God made man so that man may know Him. Knowing Him not just an entity in a strange land or an entity in the far distance place that does not want to be seen or approached but rather know Him as the one who was, who is and who is come. As the creator of the universe and the ability behind all efforts. God made man also because He want to be worshiped. Worshiped not just in songs and Hymns, but truly in obedience and perfection submission to His will. You have a very rare opportunity to come across this spirit-filled teachings, you shall be blessed listening. Click the links below to download the sermons now

QUOTE OF THE DAY BY EDWIN LOUIS COLE

DOWNLOAD MP3: FIGHTING BY THE BLOOD OF JESUS by Dr DK Olukoya (Sermon)